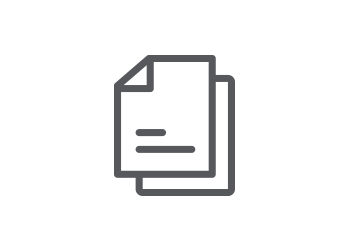 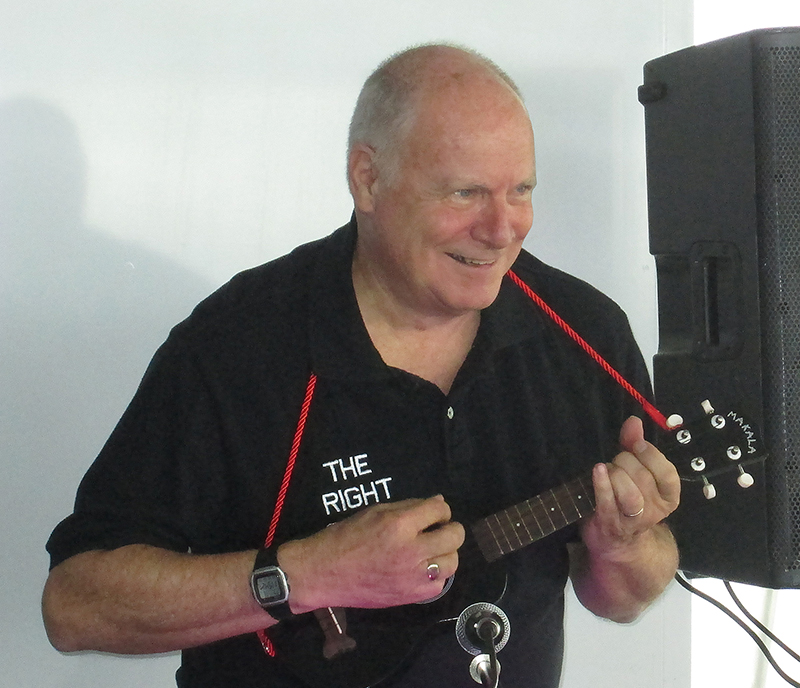 The King is Leaving the Building

December 1st 2017 was an amazing milestone. It marked the 45th anniversary of Tony King starting work at Temperzone. On 20th December Tony is retiring, so News took the opportunity to talk to Tony about how he came to Temperzone and the huge changes that have taken place since.

As you may know, Tony’s story started in England. The fact that he even made it to New Zealand is the result of a series of unfortunate events and chance encounters that turned into a 45 year career at Temperzone. Tony is the quintessential gentleman and will be hugely missed by both staff and customers throughout Australasia.

As a young man in London, Tony was the stereotypical muso wandering the streets with a guitar on his back, trying to launch his music career. Which he almost did when Manfred Mann (A big name 60’s band with a string of hits) were very interested in one of the songs he had written. But Tony needed to think about it for a couple days … and by the time he rang back, Manfred Mann had moved on and were no longer interested. The music industry’s loss was definitely Temperzone’s gain!

While working for Frigidaire in London, a chance encounter with a young Kiwi woman at a photostat machine, ‘wondering where you could surf in London’, eventually led to their engagement and Tony following his fiancé to New Zealand. Tony was one of the last 10 Pound Poms, and after working at McAlpine’s for 2 years while he worked off his travelling costs, he landed a job in the engineering department at Temperzone. And the rest, as they say, is history. After a 2 week crash course in air conditioning, he hasn’t looked back since!

Who Needs Selection Software when you have a Slide Rule?

According to Tony, “I started working on the heat transfer coils, fan coil units and small air handlers. This was 1972, so doing a calculation on heat transfer coils took about 25 minutes on a slide rule. After a couple years I was given a calculator, which dramatically reduced the time it took to do the calculation. The very first computer we had was a Wang followed by one from Radio Shack – that one came complete with 56kb memory and floppy disks. I didn’t know anything about computers so I teamed up with a young computer whiz who didn’t know anything about air conditioning. Together we were able to eventually write several heat transfer coil programs. These meant that we were now able to do selections (relatively) quickly and easily.

“Just after I started, it was probably in 73, I remember we were putting in one of the first reverse cycle packaged air conditioners, it was a prototype. Essentially it was the first roof top package unit, even though it was on the ground. It was a 7.5 horsepower unit, and designed to run part of our office. The rooftop package unit evolved out of that prototype.

“One of the most exciting projects I worked on in the 80’s was the timber drying kilns. They were essentially huge kilns that cured/ dried stacks of wood, they initially included dehumidifying as well slowly taking the temperature up to 74 0C. In one case the starting temperature was – 5 0C. It was exciting because we had never worked on a temperature range like that before.”

Brett Kendall, Director of Temperzone Limited, commented that, “Tony has an encyclopaedic knowledge of so many of our products and projects. This kind of experience has been gained by years of not only having the skill to engineer solutions that go together and work like clockwork, but also by having the tenacity to work your way through difficult jobs with his calm, level-headed approach.”

Tony recounts an amusing tale, “One day I was sent down to Rotorua to change a faulty wet bulb sensor. It was not a difficult task but when I opened the door I realised the temperature inside was already up to 50 0C. So I decided to strip off to my underpants and go back inside to change the sensor, which all went fine. Until I stepped back from the unit when the door was flung open and a tour party came in! Fortunately this was before mobile phones, so I was saved from people taking any pictures - not a pretty sight! 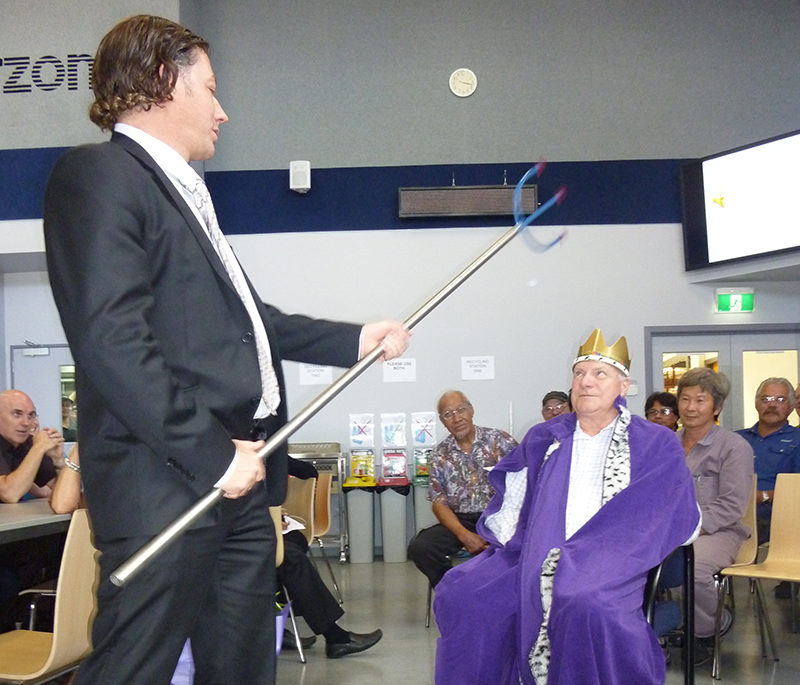 Biggest change over the 45 years?

“The biggest change over the years, to me, has been the growth of the company. Over the years it has just kept getting bigger and bigger and we have kept adding more and more room.

“Technology has definitely been another big change. When I think back to the very first Weiderman turret puncher to all the technology and machinery we use now, it’s amazing. Temperzone has always sat the cutting edge of manufacturing in terms of technology here in New Zealand.

“In 1984 we got involved with the NZ Post Office (later Telecom) to produce computer room type units for their telephone exchanges and we ended up selling over 500 of these as well as a number to the NZ Steel Mill.

“We gradually developed over a long period of time the specialized applications which became custom engineered products. And that’s probably the bit that I am most proud about. Being able to do close control, dehumidifying systems for low humidity, full fresh air systems, tempering systems, all these specialized applications, even to drying kiwi fruit, and wine cooling. Over the last 20 years I have done a lot of these odd applications and they are what I am most proud about.”

Key Account Manager, Branka Volc was employed by Tony and worked with him for many years, this is what she had to say about him, “Tony is a great teacher, always happy to help and willing to pass on his knowledge. He has a good sense of humour, which was especially appreciated during difficult and stressful times/jobs. He will be greatly missed.”

Brett Kendall added that, “Tony has not only served Temperzone, but also the wider HVAC industry serving as a member of various bodies and committees. He is quite simply a talent and a person who will stand not only as a guiding light to those entering or working in this industry, but really anyone who aspires to carve out a position of respect in any career. I have enjoyed every discussion and job that we have worked on over the years.”

Plans for the Future?

For some time, Tony has been a DJ on a local Auckland Community FM station.

According to Tony, “My involvement with the Radio programs will continue and may even expand with a possible position of the Charitable Trust Board of the Radio Station – a bit more on the operations side. Now that I will have a bit of time on my hands I am hoping to do have a bit of fun being a movie ‘extra’. And our campervan is always ready for the next trip!

The Final Word from Tony

“I remember asking my Dad when he left Frigidaire in England, “how you could possibly work for one company for 32 years?? Don’t you want to get out and see the rest of the world? And see how other companies work? And now I am leaving Temperzone after having worked here for 45 years!”

And just a few more words about Tony

Tony is a true gentleman. His practical, sensible, professional approach to all matters makes dealing with him a real pleasure. Over the years, Tony has become a huge mentor to me. As industry icons are concerned, Tony is right up there at the top. Tony will be missed here in Australia by all his Temperzone Australia work mates. Thank you Tony for all the support you have provided over so many years. It has been, and always will be, an absolute pleasure knowing you. Mark Howcroft, National Service Manager, Temperzone Australia


Working with Tony has been one of the highlights of my working career, as I am sure it will have been for many other lucky individuals who have had the good fortune to engage with him. I feel that I can speak for not only myself, but also my late father and the entire Temperzone family both past and present in saying thank you to Tony for the enormous contribution he has made to the success of Temperzone, and we all wish him well in his retirement and with his new responsibilities as a Grandfather. Thanks for everything Tony. All the very best from us all, Brett Kendall, Director of Temperzone Limited


Tony was at the cutting edge of product development many times and he has always had a reputation for be technically competent in the extreme, and is a good source of advice to all within the company. Tony had never been ‘institutionalised’ after 45 years with one organisation, he has always been his own man, and spoken his opinion truthfully and honestly. Tony can be irreverent and comedic when commenting about things – more often than not beneath his humour is a well made point. Temperzone has been blessed to have Tony working here for so long and has benefited as have all his co-workers from his knowledge, wisdom and friendship. Enjoy your well earned retirement Tony. Les Kendall, CEO and Governing Director Temperzone Limited

As part of our ongoing effort to provide the latest technologies to our customer’s, Temperzone has embraced Building Information Modelling (BIM) and now provides 3D Revit models of our air conditioning units for Temperzone and Hitachi Product from temperzone.biz.. This will assist HVAC engineers in the design and drafting of their BIM projects.

Hitachi High Wall Splits are now receiving international recommendations in both Australia’s Choice magazine and New Zealand’s Consumer Magazine. Of the hundreds of units tested, in both countries, the 7 kW unit was in the Top 5 recommended products over 6 kW while in New Zealand the 5 kW unit was also on the list.

Recent Changes in the Sydney Office

Ahead of the upcoming launch of a raft of new Hitachi products, Temperzone Australia have appointed Damien Walsh and Jim Ayre to key Hitachi positions at Temperzone. Former NSW Sales Branch Manager Damien Walsh has taken on the position of Hitachi Brand Manager, Jim Ayre takes on the responsibility of Hitachi Product Manager and Ron Deo will move into the NSW Branch Managers seat.

When Delivery Times are Critical

August 30 2017 marked the end of an era. A commercial air conditioning system that had been installed and operating every day since 1982, serving one of the Taree’s largest shopping centres (Manning Mall Taree – Owned and Managed by Retpro Pty Ltd) had its last day on the job.