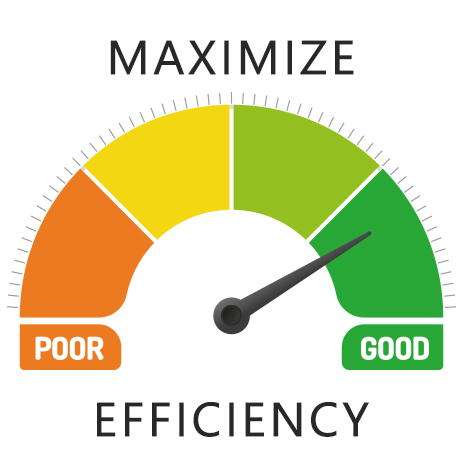 In commercial air conditioning we often focus on just the parts of the year with peak demand for heating and cooling. In much of Australia and New Zealand the air conditioning equipment typically spends much more time operating in the part load conditions than it does at peak heating or cooling loads. Recent design developments from Temperzone are producing very significant energy efficiency gains in this part load period.

Air conditioning can often consume up to 50% of the total energy usage of a building. Considering that some 200 days (55%) of the year can fall into this “part load” period creating opportunities for savings with the clever use of new technologies are very real.

...the clever use of Electronic Expansion Valves (EEV) to take advantage of a 10 degree cooler ambient produces an 18% reduction in current draw and a 26% increase in compressor COP. 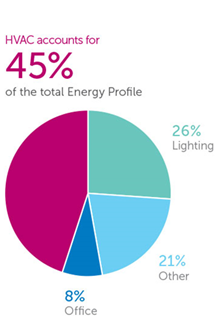 The two big developments are factory fitted Economy Cycle and Electronic Expansion Valves (EEV). These two components work in entirely different ways and for most locations maximum efficiency will be achieved in systems which use both economiser and EEV

Temperzone has been offering factory fitted and controlled economisers with its ECO range of Package units for some years. Economisers are mandated for many units by the NCC and can provide significant energy savings. Economy Cycle works by simply shutting down the compressor completely and using outside air as the supply air when the conditions allow.

Basically this turns the air conditioner into just an air handler for part of the time. The favourable conditions for economy cycle are:
it should be enabled when the outside air temperature is lower than the space cooling set point temperature, lower than the return air temperature, has a dew point below 12°C or an enthalpy which is at least 10 kJ/kg below the return air enthalpy all the time ensuring the outside is located away from any other exhausts systems and best suited to southern or eastern location orientations.

Probably the biggest constraint in many locations is high humidity. Once the humidity gets above about 60% the comfort level is reduced and the economiser has to be switched off and the compressor restarted.

For temperate Australia the NCC makes economy Cycle mandatory on systems above 35kW. In the more tropical zones economy cycle is required above 65kW.

The benefits from the use of economy cycle can include:

One important thing to bear in mind is that it is much more cost efficient to buy the package unit with the economiser factory fitted than it is to build a custom economiser into the duct system. As pretty much everyone installing commercial air conditioning will run into the NCC rules at some time, it is worth discussing the factory fitted option with your temperzone rep before you do the next installation.

Temperzone has started rolling out its 2nd Generation R410A units which now use Electronic Expansion Valves (EEV) as standard. The new control system using the EEV gives better EER at rated ambient of 35°C. As the ambient goes below 35°C it reduces the compressor energy input and hence increases the EER even further.

Temperzone has been using EEV units for a number of years, primarily as a protection system in units with high constant load, like those used for very high ambient conditions in the mining industry, high sensible and or specialized applications.

Temperzone’s 2nd generation R410A units, like the OPA ECO series, have a much more sophisticated control system that allow much more use of the EEV. 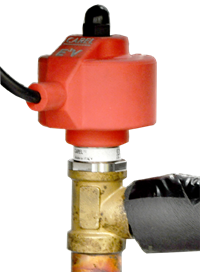 As the ambient temperature drops, the load on the compressor drops, resulting in a significant reduction in power consumption and an increase in EER. This is an important factor when you think that most air conditioning systems are running at ambient temperatures well below their rated 35°C for most of their annual duty cycle.

The electronic valves have such a wide control capacity that they allow the compressors to always operate in the optimum conditions (according to the outside environmental conditions). e.g. In winter, the circuit can operate with a very low condensing pressure, thus improving the efficiency of the compressors and reducing power consumption.

The electronic valve allows more effective temperature control. The system consequently does not require future adjustments, as the electronics continuously implement the control action based on sensors built into the system and managed by the (UC) Unit controller.

If we were to analyse this : R410a Scroll compressor.

This shows us that by the clever use of Electronic Expansion Valves (EEV) to take advantage of a 10 degree cooler ambient produces an 18% reduction in current draw and a 26% increase in compressor COP.

Clever use of EEV or Economiser to reduce energy consumption is only part of the energy efficiency equation. For more information on Temperzone Energy Efficiency options contact your Temperzone Rep.